Diversity: From Agency to Ads

Diversity and inclusion have a very different take in Southeast Asia. The region consists of multiple countries in varying stages of economic and social development with a range of ethnicities, languages, and cultures which are unique to Asia.

To better understand the progress of diversity in advertising in this region, R3 conducted a study on how marketers and agencies can best frame the issue from a Southeast Asian context. We surveyed agencies, brands and reviewed 300 video advertisements to answer two key questions: How is gender represented in advertising in Southeast Asia? And is there a correlation with the diversity and inclusion within agencies in the region?

The Advertising
Though the representation of women and men were equal in advertising, narratives were more likely to be told from a male perspective. This, unfortunately, reinforces outdated values of what women and men should think, understand, and act. Many brands continue to depict women in singular roles of mother, wife, and caregiver. While subtle shifts have been observed, there are missed opportunities for brands to set themselves apart by portraying women in environments outside of the home.

The Agencies
Heightened awareness around female empowerment has encouraged agencies in Southeast Asia to be more progressive in their hiring across genders. There is almost an equal split between genders amongst agencies, and where DE&I initiatives have been launched, they have mainly focused on increasing women’s equality in the workplace. However, the fact that advertising is still being told from a male lens suggests that the storytellers are still male or inclined to read from a male script.

Highlights in this R3 report: 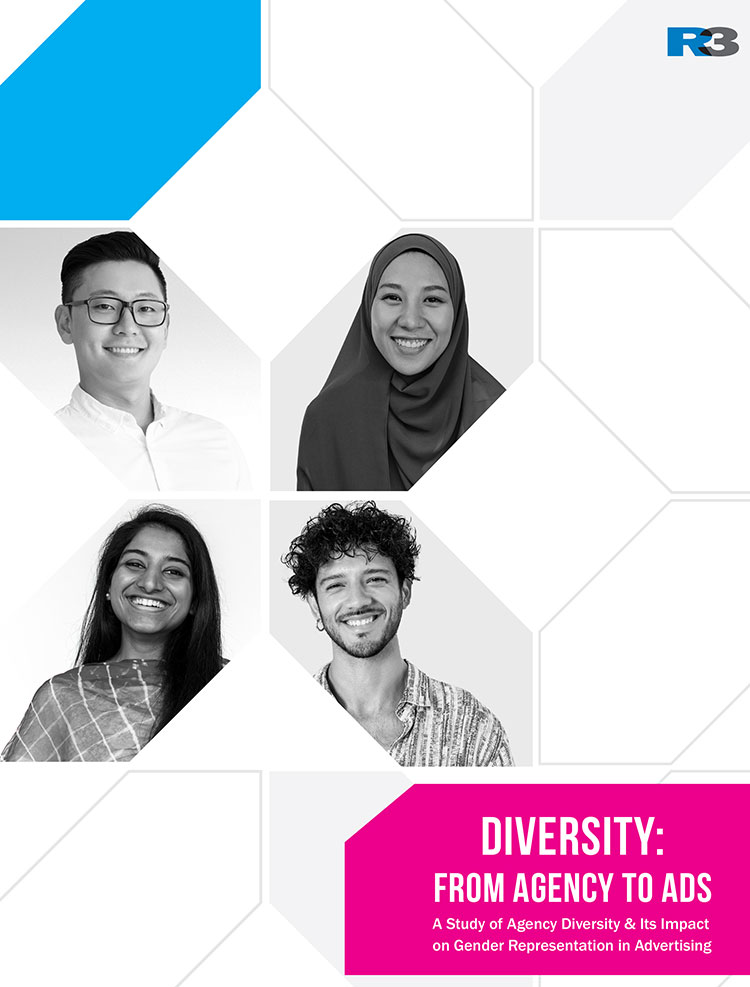