Adobe Is M&A Leader In The Media-Marketing Space

Measuring the Effectiveness of Celebrity & TV Sponsorships in China

OTT and digital mobile media in China are forecasted to have the highest rates of inflation increases in 2019 as advertisers take advantage of healthy consumer spend thanks to an overall stable economy combined with an estimated increase in the cost of living and low-interest rates. Total media spend in 2018 was 9.3% higher, continuing an upward trend observed since 2016. 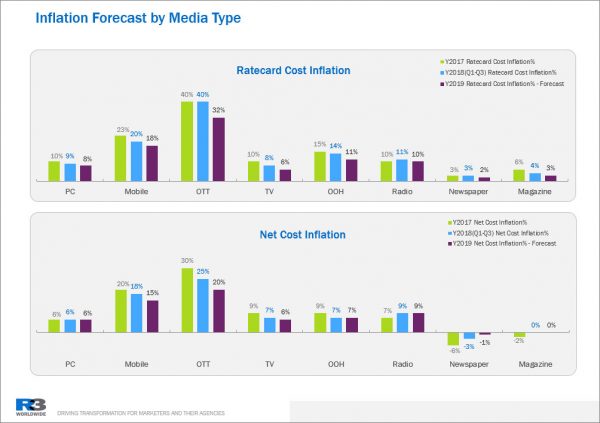 The overall inflation rates of media in China continue to be influenced by the uptake of smartphones and reliance on the device for news, entertainment, and other daily functions. There are now an estimated 788 million people using mobile online in China which is 98.3% of total netizens until June Y2018.

Social, video, music, and entertainment apps are expected to see media inflation increase an average of 17.3%, overtaking news apps where reach is saturated. Top news apps, like Toutiao, receive around 90% of total impressions, impacting newspapers, which continue their decline into negative growth.

Video on OTT booms, edging out television and PC

Video streaming on OTT has boomed in China with the big three players (backed by Alibaba, Tencent, and Baidu) reporting increases in subscribers and advertising revenue. The share of video advertising impressions from OTT has reached 19.3% which is higher than that on PC. Video on OTT edges out traditional television networks, with media rate card inflation hovering five times that of television

Though video formats remain in demand, special program pre-rolls have the highest inflation rate at 20% as more investment is made into the production of premium and specialized content to generate higher-ratings.

China’s high-speed rail (HSR) network and metro is driving demand for radio and video on OOH media in Tier 2 and 3 cities as commuters are eager to consume entertainment and advertisers capitalize on captive audiences. 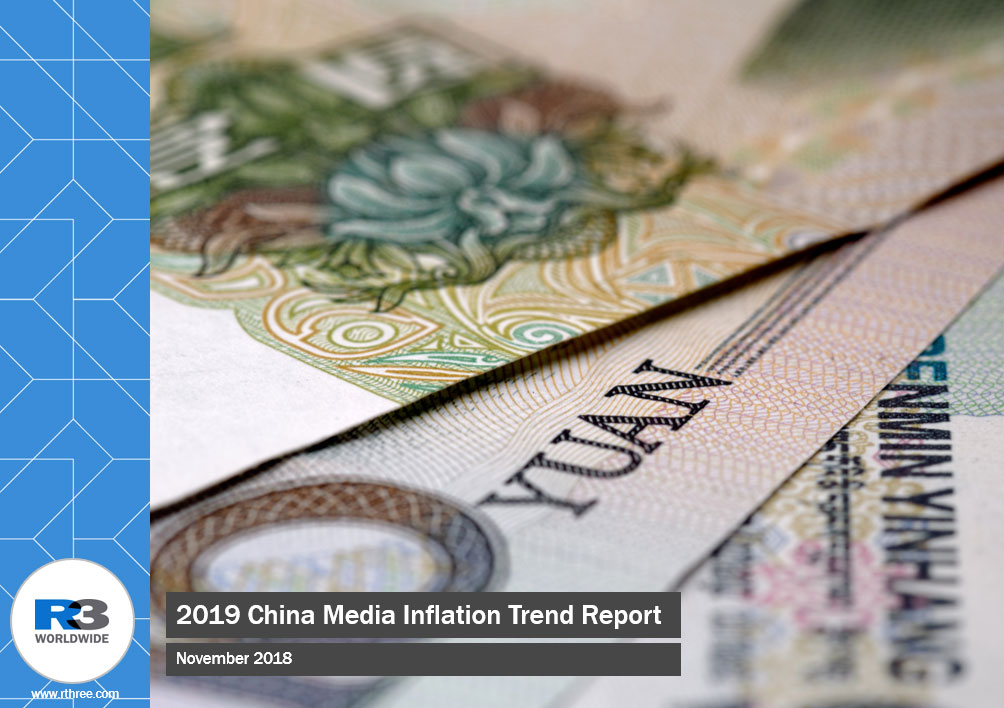