Creative vs Media Agencies: Who’s Got the Talent?

Inside the Hidden Costs of Programmatic

Everyone Thought Automation Would Save Money, but Does It Really? 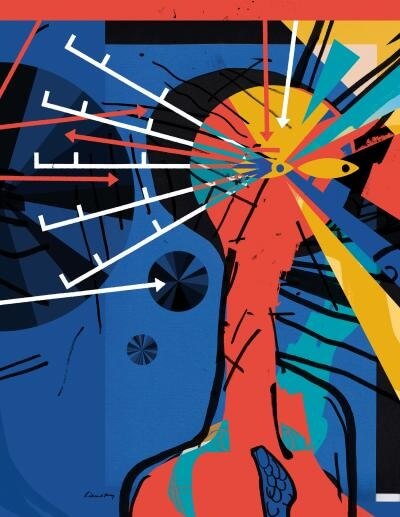 There are many players to take pieces of the pie during marketers’ programmatic campaigns.  Credit: Illustration by Richard May

The new world ad tech summons images of tireless computers scouring for the customers that marketers need, using automated markets to snag them at the lowest rates and never larding the bill to cover an old-media sales-rep expense account.

And yes, ad tech does offer marketers nearly magical new powers. But getting useful ads more cheaply than in traditional buying is not one of them.

“It’s the cost that catches people by surprise,” said Christopher Whalen, VP-integrated marketing at Kimberly-Clark, whose brands include Kleenex and Huggies. Marketers often expect programmatic buying to be 10 times cheaper than traditional means because they think only about the ad inventory itself and don’t anticipate the surrounding expenses, he said.

Clients are looking at their programmatic campaigns and asking why they cost so much, agreed Doug Ray, U.S. CEO and global president at the media agencyCarat. They also ask, “Shouldn’t it be cheaper?”

The short answer is not necessarily. Programmatic ad tech involves not just the ad inventory at the end, but a trail of fees and costs along the way to pay for expensive engineers and traders, data-management platforms, research and development and more. It adds up to make programmatic buying more expensive than ordering print ad pages or TV commercials through insertion orders and other routine methods.

Even when the ad inventory is cheaper through programmatic buys, in other words, everything it takes to get there makes the total outlay larger.

Agencies, for example, require more expensive people to work more often on smaller buys. Five full-time employees are needed to spend a $100 million national broadcast budget, one media agency executive said, while the same number would be needed for a $5 million programmatic buy. Those programmatic employees garner salaries 50% to 100% higher than their broadcast colleagues, and the high demand for their skills enables them to increase their pay by frequently jumping to digital-media companies or other agencies. And the machines don’t necessarily eliminate simple labor tasks.

“It’s like Excel charts and duct tape,” the executive added. “If we put $100 million into TV, we need 1% commission to break even. Print and outdoor need 2% to 2.5%. On local, we need about 3%.” Buying digital media directly from a publisher, without the intervention of ad tech, requires about a 5% commission.

“And in programmatic, we need about 10% to 12%,” he said. “That’s 10 times more than TV, and that’s just factoring in full-time employees and overhead.”

Making mistakes in these complex technological transactions — literally pressing a wrong button — costs his agency about $2 million to $3 million a year alone, he said, either increasing the amount the agency needs to charge marketers or forcing the shop to take a hit. One stray key-hit can result in a $30,000 error.

To do more than break even, agencies often charge 10% to 20% to execute programmatic buys — although some charged 50% to 60% in earlier days, according to a former agency executive.

It’s not just agencies taking a piece of the pie. The overall “intermediary tax,” as ad-tech company Rubicon Project has called it, is significant. Programmatic ad revenue totaled $10.1 billion in 2014, accounting for a healthy chunk of the $49.5 billion in total internet advertising during that time, according to a recent Interactive Advertising Bureau report. Ad-tech interventions comprised about 55% of programmatic revenue, the report found, with 45% reaching publishers.

Who’s collecting the “intermediary tax”? Not every transaction involves every kind of technology vendor, but ad exchanges that house media inventory, for example, charge 7% to 20% of media revenue they touch, according to the IAB report. Platforms that facilitate automated sales for media companies typically take 10% to 20% of the revenue that passes through their hands, according to the IAB report. Networks that service programmatic buys typically mark up inventory, citing the value that they add, by 30% to 50%.

And then there are the essential data-management platforms, which take 10% to 15% of a buy, industry executives said.

“Between ad-serving and tech-targeting fees, you’re now starting to see more than 50 cents out of every dollar going to nonworking investments and less going to the publisher,” said Lou Paskalis, senior VP-enterprise media at Bank of America.

Even more striking than the costs, perhaps, is marketers’ eventual willingness to pay. All that spending can be worth it, according to Mr. Paskalis. “It requires more technology and different skills,” he said, “and I believe the investments are offset by the ability to make a connection.”

Mr. Paskalis was actually less surprised by the fees involved than where the effort initially stopped, he said, recalling his first real brush with programmatic at American Express in 2011. “We were using it as a means to improve the efficiency of media targeting, but we weren’t looking at it as a way to ingest context or adapt creative, and that’s when programmatic really becomes a very powerful tool.”

“Historically, marketers have just paid one fee on a nontransparent CPM that was marked up,” said Brendan Moorcroft, a co-founder of programmatic consultancy Unbound, using industry shorthand for the price of a thousand consumer impressions. But as marketers start to gain more insight into the costs associated with high-tech buying, and the fact that data management platforms are expensive, he said, they realize the value of using programmatic to serve content that’s “really tailored.”

“It may be more expensive than the traditional way of buying Conde Nast on a CPM basis, but what you have is more targetability,” said Carat’s Mr. Ray.

The trick for marketers is to avoid complacency. A few years ago, Kimberly-Clark moved to a transparent buying model that broke down all of the costs, such as agency trading desk staffers, data fees and tech fees. More recently, Mr. Whalen said, it switched to a trading desk with lower costs and “better technology”; implemented contractual language making it easier to bring its data along if it changes vendors again; and began focusing on keeping certain agency fees flat in an effort to allot even more budget to programmatic buying.

Not all marketers are so curious, of course, and those are the ones that will likely pay the highest costs. “The world has gotten more complex and marketers still want to live in a world that’s less complex,” Mr. Whalen said. 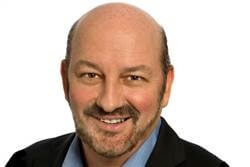 What’s next for programmatic?

As the amount of money that marketers spend on programmatic buying rises, so do the number of ways marketers are experimenting with the programmatic processes. Some, including Visa and HP, have removed parts of their programmatic business from their main buying agencies and handed them to new partners.

Others will continue to try to buy on their own, or work with their agencies on custom trading desks with transparent costs. Around 30% of total programmatic billings could move from agencies to in-house buying groups supported by independent vendors this year, according to Greg Paull, principal and co-founder of marketing consultancy R3.

And some marketers will continue to work with their partners but pour more dollars into performance-driven buying systems, focusing less on cost — and visibility into those costs — to focus more on outcomes.