For agencies, 2017 will be about rebuilding their industry’s reputation with marketers.

“With every passing year, there is less and less trust between advertisers and agencies, and it’s been going on for decades,” said Brian Wieser, senior analyst at Pivotal Research. In addition to transparency questions around media-agency practices, there’s the Department of Justice production probe that began at the end of last year. “The production issue, even if it’s limited, doesn’t make it any better.”

Mr. Wieser said the recent concerns around media and production could contribute to more agency reviews this year, but some of them could concentrate on contract negotiations and changing fees and scope rather than switching shops. 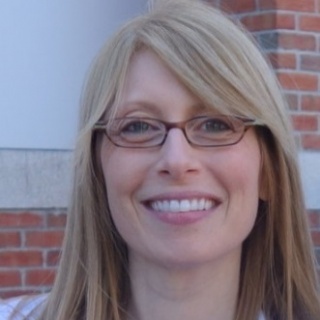 Melissa Lea, managing director at R3 Worldwide, said the consulting group has seen an uptick in conversations around audits and inquiries into financial issues and accounts from clients due to nontransparent agency practices. However, she said agencies are not fully to blame for everything. Agencies are feeling increasingly pressured to do more with less, which doesn’t give them the right to be surreptitious but has “led to a general lack of transparency,” said Ms. Lea. She added that agency partners and marketers need to be more open with one another and talk about the fact that margins keep getting thinner and budgets tighter.

In October at the Association of National Advertisers’ Masters of Marketing Conference in Orlando, Fla., Procter & Gamble Co. Chief Brand Officer Marc Pritchard said in a keynote address that marketers need to let up on pressuring agencies. “The last few years have been admittedly tough on agencies, P&G included,” Mr. Pritchard, now vice chairman of the ANA, said at the time. “And it’s time to turn the page. The negative narrative needs to stop, because the people in our agencies are good people, the ones who do good work to create magic together with all of us. Let’s tap into all that positive human energy to create the most abundant explosion of creativity the world has ever seen.”

While Mr. Pritchard’s outlook is encouraging for agencies, the landscape is still incredibly demanding, particularly with traditional shops facing more competition from digital counterparts and the likes of Accenture, IBM and Deloitte.

“One of those will make a much more serious play one of these days,” said Mr. Wieser. “It would not surprise me if a holding company and a so-called traditional consultancy were together as one unit at some point.”

Another trend has been the steady climb of digital shops, which are getting more lead agency work. Ms. Lea said it’s “part of the digital transformation taking hold of the industry as a whole.” In November, 360i, VML and R/GA were named the top lead agencies in the U.S., according to Forrester Research. To be considered for “The Forrester Wave: Lead Agencies, Q4 2016” study, agencies had to lead overall traditional and digital creative for at least 10 clients and those lead agency relationships must have made up at least 30% of their client rosters.

“Digital agencies are perhaps better positioned to have a broader understanding and application of the consumer journey across all touchpoints,” said Ms. Lea. “We’re seeing digital agencies getting a bigger piece of the pie.”

What will the agency of the future look like? According to Ms. Lea, there’s no “secret sauce” to creating the perfect agency model — it’s about figuring out what works for each client.