Winning at Online Video in China

How do we assess the commercial value of Sina Weibo?

Last week, Sina Weibo finally launched its prospectus to list in the US, with—some say—the jaw dropping target of raising US$500 million. For those of you living under a rock the last five years, Weibo has been dubbed in the past as ‘China’s Twitter” and has benefitted greatly from the Great Firewall blocking the US micro-blog since 2009.

While Sina is the dominant weibo player, it’s had to fight some battles against Tencent, Sohu and others over the years. Not to be outdone, Tencent launched WeChat two years ago, and it has surely become the fastest growing app in the history of the universe.

So here comes the tough question for all: How do we treat the commercial value of Sina Weibo? Is it in a tailspin against the mighty dominance of Weixin?

Not quite. It still carries unrivalled social-media impact. Even this month, with the recent events of MH370 and the attack in Kunming, Sina Weibo was the primary source of news updates for the majority of web users. For information coverage, real-time efficiency, user integration and social transparency, Sina Weibo still is it.

We interview 3,000 consumers every three months in China about digital engagement. Even on our latest wave, the recall from the top 10 brands on Weibo is three times as strong as it is on WeChat. This means that marketers investing in both are still getting better returns and involvement from Sina. 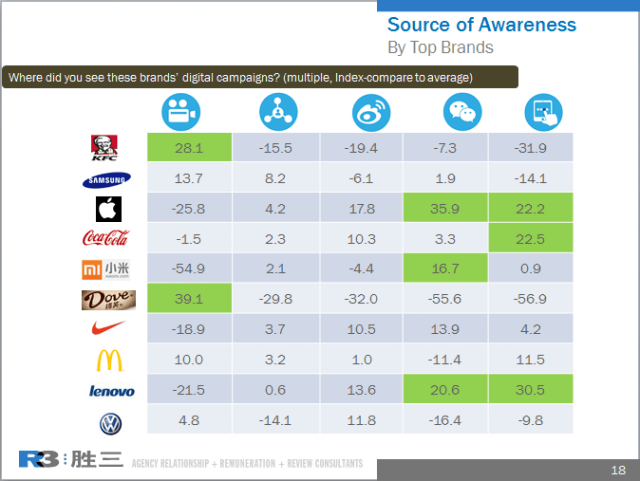 According to its prospectus, Sina Weibo’s monthly active users (MAU) have reached 129 million. This is also the first time Sina Weibo has published such data. So how much is this MAU worth in monetary terms? Let’s have a comparison with Twitter’s stats. According to Financial Reports released by Twitter in Q4 2013, Twitter had an average MAU of about 241 million, and at the same time, Twitter had a market value of $29.6 billion. That works out to $122 per head. If we apply the same approach with Sina Weibo, its market value would soar up to $15.7 billion.

Sina Weibo and Twitter are from distinct markets, however. But even if we halve the above figure, Sina Weibo would still be worth $8 billion. If we take a closer look at its user structure, we find that the majority of Sina Weibo users are middle class or white-collar workers. If data on MAU could be pulled and analysed at backstage to target different user streams, more business opportunities and a higher synergy could emerge as a result.

Ninety-one per cent of Twitter’s revenue comes from online advertisers, whereas Sina has a more diversified approach. It has established an integrated commercial system for branded companies, SMEs (small and middle enterprises) and Taobao online shop owners. This year, together with AliPay, it has also launched Weibo Pay, moving one step closer to being an integrated marketing platform. At the same time, its collaboration with TV channels has also made Sina Weibo a pioneer in collaborative interactions between two screens. The collaboration with CCTV during Chinese New Year already brought Sina Weibo hundreds of millions in revenue, not to mention the income stream from data licensing. In addition, through its collaboration with Alibaba, Sina Weibo could further reach out to Taobao users.

Going through this IPO filing procedure, Sina Weibo hired Goldman Sachs and Credit Suisse to manage its US debut, which it said would boost brand recognition and help retain talent. Goldman is not so famous for backing losers.

Is Weibo dead? We would say, ‘Don’t speak so soon’. In a year where 50 people in a nondescript warehouse in Silicon Valley can sell to Facebook for $19 billion, all bets are off.

Greg Paull is Principal of R3 Worldwide, a global consulting firm focused on improving the effectiveness and efficiency of marketers and their agencies.