Beyond 1.3 Billion: An Excerpt from China CMO 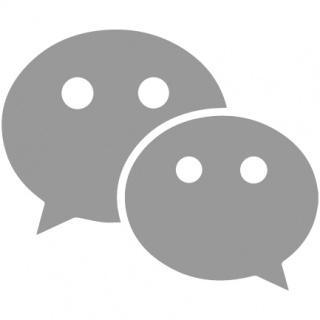 When it comes to finding the right KOLs to promote brand awareness in China, navigating the world of social media stardom can be difficult. It’s common for WeChat and Weibo accounts to be fake or for their users to purchase thousands of followers, making it particularly important for brands to track how their well blog posts and tweets from their influencers are performing. A new study by consulting firm R3 and data-analytics company Bomoda unveiled which luxury brands seem to be doing just fine with their KOL engagement, in part thanks to popular bloggers and a mix of both Chinese and Western celebrities who are very active on WeChat and Weibo. The verdict? Dior, Gucci, and Chanel see the best return on their KOL investment in China, with Louis Vuitton, Givenchy, and Estée Lauder following close behind.

Bomoda and R3 scanned 4 million WeChat accounts and and 60,000 on Weibo to come up with the top 400 celebrities and bloggers and the top 25 brands they’re most associated with, calculating how many likes their posts received, how many times they mentioned brands, and how many reads their posts received over the month of July. (Editor’s note: “mentions” were also calculated if a celebrity were mentioned in association with one of the 25 brands by another user.) They separated popular bloggers on Weibo and WeChat and popular celebrities on these platforms into four categories to give a clearer picture of how engagement looks on each platform. The top 10 brands within each platform were very similar, but cosmetics brands (Estée Lauder, Lancôme, and Olay) had a slight lead in terms of success on Weibo’s KOL accounts compared to WeChat’s.

According to Bomoda and R3’s data, though, it’s WeChat that seems to be the most effective platform for some of the most well-known celebrities in China. Sitting at number one in rankings is Huo Jianhua, followed by Fan Bingbing, who engages followers the most when it comes to posts mentioning Gucci, Bulgari, and Louis Vuitton. She’s associated with more than 3,000 mentions of the top 25 brands, which received more than 11 million reads and 75,000 likes for these mentions. Fashion model Liu Wen engages best with Dior, Gucci, and Louis Vuitton, with 2,000 mentions of the top 25 brands. Angelababy comes in at number eight, with Givenchy replacing Louis Vuitton in her top three.

It would seem that WeChat users love to follow their Hollywood celebs just as much as Chinese KOLs, and the Dior-Gucci-Louis Vuitton-Givenchy combo are clearly benefiting when it comes to engagement. The first Hollywood celebrity on the WeChat list at number 10 was Taylor Swift, closely followed by Kendall Jenner. Both of their top three brands were Dior, Gucci and Louis Vuitton, and both generated about 54,000 likes for posts associated with them. Other top Hollywood celebrity KOLs on WeChat include Gigi Hadid and Rihanna, who both had Dior, Gucci, and Givenchy as their top three, and Victoria and David Beckham, who both best engaged their followers with mentions of Gucci and Louis Vuitton.

On Weibo, the more well-known Chinese and Hollywood celebrities were lower down in ranks when it came to how influential they were. Fan Bingbing is bumped down to number 16, but on this platform, her brand focus was different, with Lancôme being mentioned the most. It’s a similar scenario for Liu Wen, who at number 10, best engaged audiences with posts on Estée Lauder.

Also on the list was Mr. Bags, who dedicates himself to blogging on his website and on WeChat about hundreds of handbag brands and collaborates with the likes of Fendi and Cambridge Satchel Company. Interestingly, as the sixth most influential WeChat blogger, the brands that appear to get the most fan engagement from him are Louis Vuitton, Dior, and Givenchy.

One thing that’s especially clear from this data is that the number of times brands are mentioned doesn’t necessarily show how engaging a KOL is to followers. Actor Xu Weizhou had 334 mentions for the top 25 brands on Weibo, but gained more than 64,000 reposts, much more than the actress and model Liu Yifei, who had 2,000 mentions and received just under 20,000 reposts. It emphasizes the importance of brands following up with their KOLs to really understand how the word about their brand is getting out to followers.